By: Joanne
In: Blog
With: 12 Comments 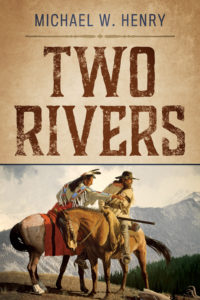 In 1840 Pastor Allen Hartman leaves behind his white-steepled church in New York, and the woman he hopes to marry, to serve as a missionary to Indians in the Oregon Territory. On his epic westward journey, he is plunged into the dark end of spiritual warfare and vital intercession. His mettle is further tested when he’s asked to stay in a village of Arapaho already contending with a malevolent witch doctor—where Allen has to draw upon courage he didn’t know he possessed and discovers ministering to Indians is not at all what he imagined.

Arapaho medicine man Two Rivers knows one thing—the Great Spirit is sending White Falcon to help his people defeat the malicious spiritual forces determined to overpower the tribe. But even as White Falcon teams up with Two Rivers, Allen finds himself enslaved in a cave and in a heaven-meets-earth clash of faith with an evil sorcerer. With his life at stake and his new friends unable to help, will Spirit-led prayers of believers lead to a complete victory, or will something be left undone?

Thought-provoking. A powerful story showing the battle between good and evil; a spiritual struggle of Light versus dark.

Told from the perspective of a Methodist Episcopal missionary, Two Rivers is an interesting glimpse into the life of those seeking to reach the Native Americans with the gospel. I couldn’t help seeing similarities between what the main character was doing and the life of David Brainerd, and while the book was set in 1840, almost one hundred years after David Brainerd lived, it was easy to imagine that their lives must have been somewhat the same.

I’m not an expert on the settling of the west by any means, but having grown up on a steady diet of westerns, I didn’t see anything that made me stop and question what the author had written. The story felt real to the time period. It also felt as though the author had thoroughly researched the Arapaho, from the customs of the tribe to the actions of the medicine man. Again, I’m no expert, but everything rang true to what I know about the Native Americans of the time.

The book was well-written. There seemed to be a good balance of dialog to prose, and I don’t remember being bored by the narration droning on. The author, it would seem, did his research well. Overall, I’d put this book in the worth reading category and would definitely read something by this author again. 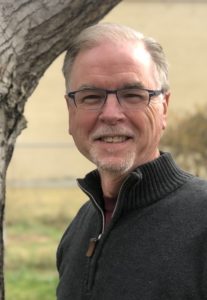 Michael W. Henry’s ministry has spanned from serving as a missionary in Mexico, where he encountered intense spiritual warfare, to planting and pastoring churches in Washington state. A Christian counselor, Michael is certified through the American Association of Christian Counselors and offers spiritual-life coaching to believers searching for deep faith encounters with Jesus. Michael has long been fascinated by Native American spirituality and culture. He and his wife, also a certified counselor, live in Wenatchee, Washington, and enjoy hunting, hiking, canoeing, and other outdoor activities with their four adult children and two grandchildren.

Two Rivers is a story about courageous faith. I wrote it because as a missionary in Mexico, I had experienced spiritual encounters that I felt needed to be shared. A historical fiction seemed the perfect place to demonstrate the power of prayer and cross cultural respect in an authentic way.

To celebrate his tour, Michael is giving away the grand prize package of an eBook copy of Two Rivers, a $50 Amazon gift card, and a signed copy of the book!!

For Him and My Family, August 16

For the Love of Literature, August 20

To Everything There Is A Season, August 27