How often do we go on vacation, or simply go someplace unusual, and end up buying a souvenir to serve as a reminder of the fun times we had? How often do we visit fictional worlds and wish we could collect something to take home to remember our travels?

Well, now you can. At least, you can if you visit Coxswain’s Bay in my Postcards From the Sea series. Because…

Each cover is a postcard! 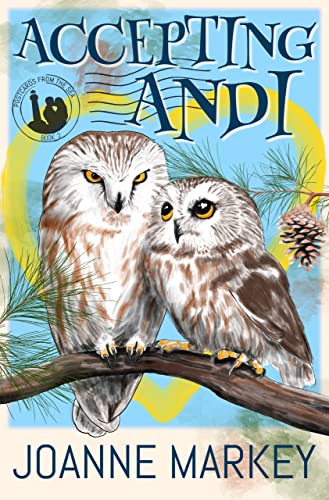 The name is Burke McFarland, but folks call me Bear because I’m ugly as a warthog, big as a grizzly, and just as mean.

Maybe that’s just my old granny’s opinion, but women either take one look at me and run for the hills, or they laugh until they cry. There never seems to be a middle ground.

My first run-in with Andi Brand ended in a typical scream-and-run kind of situation that got her a busted up knee and me a run-in with an over-zealous cop.

All I wanted after that was to lay low and stay out of trouble, but Andi stopped by to apologize and kept coming back. Now I’m dealing with a heap of trouble and a swarm of bees too. I didn’t want either, but one look into those big brown eyes and… I couldn’t tell her no.

Like Gran said, I’m big as a grizzly and just as mean. When trouble comes calling, I’d run if I could. But seeing as I can’t build up steam fast enough to outrun anything, I’m gonna have to do whatever it takes to keep Andi safe. Because that’s what matters.

Each cover in this series will show something you will read about in the book, sometimes just a mention, other times recurring “characters”. Always animals or birds, not people, because I wanted a reminder of what we saw when we visited, not who. The “who” is revealed within the pages. Which, oh, yeah, is another thing. Each postcard comes with a “free” story! Buy the “postcard” and get a story to go with it. 😉

Also of note: this isn’t a new series. The first book in the series is Confusing Cassie, but when that book released the series was called “Coxswain’s Bay sweet romantic comedies” and we were still working out what direction we wanted the series to go. Over the past four months since Cassie released, we’ve had time to think over what we want, and this is the result. Cassie will get her new cover sometime. I could have waited until that was done before hitting publish on Andi, but I wanted to stick to my planned release schedule rather than wait. This way, the books will continue to come out on regular intervals (Jan/May/Sept/Jan…) and Cassie will get her facelift when Josh is able to finish the cover.

All that said, the book did go live just a little while ago and I hope, if you’ve already visited Coxswain’s Bay via Confusing Cassie you’ll come back again and see what happens to this next couple. I don’t think you’ll be disappointed, and you get a cute postcard to remember the visit. 😊

You can find Accepting Andi HERE.